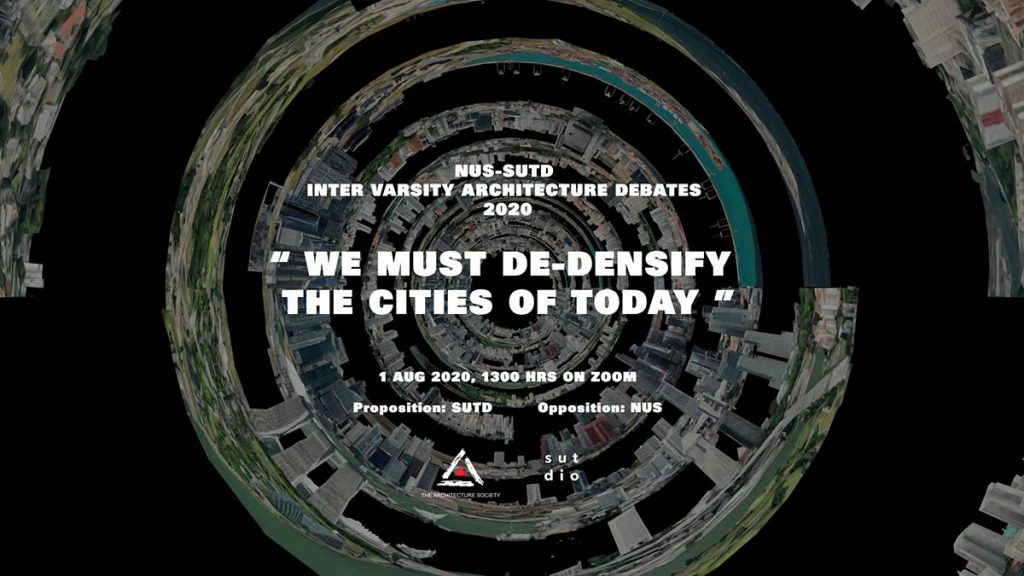 The Architecture Society (TAS) and SUTDIO would like to invite you to join in our annual TAS Inter-Varsity Debate between architecture students from NUS and SUTD.The Inter-Varsity Debates is a student-organised event by TAS and SUTDIO that aims to further architectural discourse in Singapore, and create a space for students, professors and practitioners to engage in debate about the pertinent issues within the field.

This year, the debate motion is:
“We must de-densify the cities of today”

In the Post Covid-19 world, density is an inherent flaw of cities which exacerbate disease spread and other problems. While the dichotomy of the rural/ urban divide has been a divisive topic since the dawn of the industrial revolution, the rise of technological augmentations such as telecommunications in today’s world has allowed for the generation of new urbanisms which reduce the benefits of urban density. Thus, to reduce strain on healthcare, resource networks, and ecological networks, it is time to look towards the de-densification of our cities.