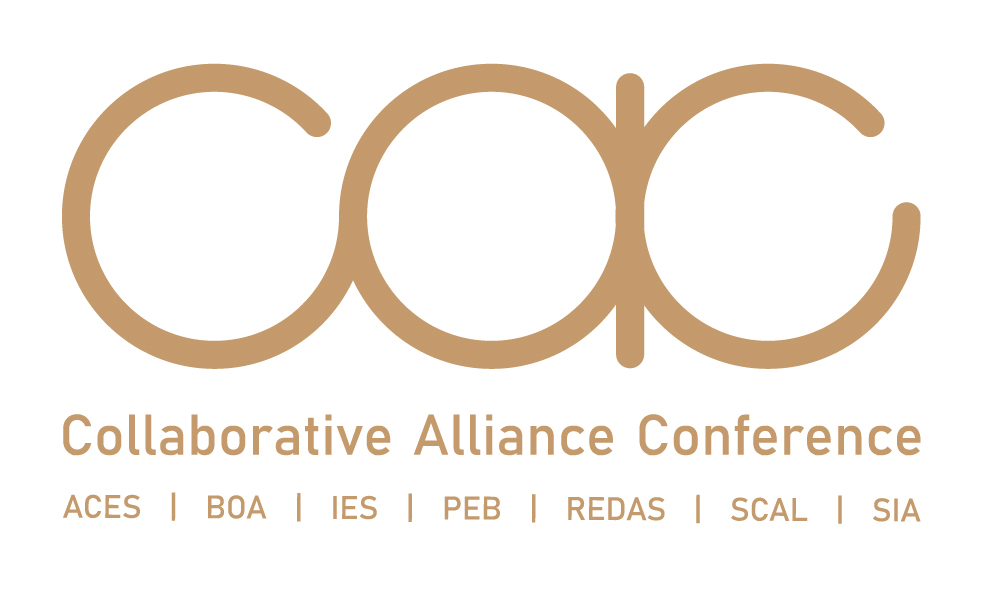 The Collaborative Alliance Conference (CAC) is a continuation of the previous BOA-ACES Conferences in 2017 and 2018. The inauguration of this new conference reflects accurately the aspiration of collaboration. Seven organisations have come together for this effort.

The theme for the 2019 Conference is
Future Economy: Towards a more enterprising and pro-business transformation.

The built environment sector value chain is one of the most extensive in the Singapore economy. The sector contributes significantly to the positive transformation of the physical landscape and the socio-economic development of the nation. It also contributes significantly to the well-being of our community. The launch of the Industry Transformation Maps comes with initiatives for deepening partnerships between the private and public sectors. There are also calls for greater integration across the various sectors in the industry. Integration will bring about synergies, with hopes to shift mind-sets towards organizing resources. In turn, the quality of jobs will be elevated, and people will be upskilled. Innovation and internationalization will help us to remain competitive in the future global economy.

This annual conference is designed to gather the build environment fraternity, as well as its various stakeholders in the value chain together, to debate, share and exchange views on the challenges and growth prospects of the built environment sector. 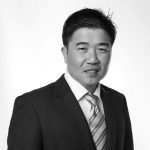 Chua Hak Bin is a senior economist with Maybank Kim Eng, covering Singapore and macro thematics. He was formerly a Consultant at GIC and Head of Emerging Asia and ASEAN Economics at Bank of America Merrill Lynch. He has also worked as a Strategist and Economist at Citigroup, Deutsche Private Wealth Management, DBS Bank and RHB Bank.

Prior to joining the private sector, Dr Chua was with the Monetary Authority of Singapore (MAS) for six years, heading the external economies, financial surveillance and planning, policy and communications divisions. In Kuala Lumpur, he was overseeing corporate finance for a listed property, construction and plantation company. 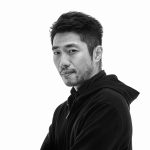 Arthur is a structural engineer, architect, and circular economy innovator. He has spent over a decade turning post-consumer waste into innovative products for businesses and consumers through his company, MINIWIZ. As founder and CEO of MINIWIZ, Arthur is focused on accelerating the shift to a closed-loop circular economy where all products are made from recycled materials and eventually, even those products will be recycled. Today, MINIWIZ is a global leader in transforming post-consumer products into retail store interiors, architectural structures, and consumer goods. 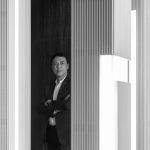 Soo Chan is the founding principal and design director of SCDA, a design studio seamlessly integrating architecture, interior design, landscape architecture and product design to create holistic spatial experiences. SCDA has offices in Singapore, Shanghai and New York. The firm has designed in over 70 locations across Asia, Africa, Europe, Oceania and North America.

Soo Chan was the recipient of the AIA International and AIA NY 2019 Awards for Architecture, three Royal Institute of British Architects International prizes, the President’s Design Award, the SIA-Getz Prize for Emerging Architecture, and nine Chicago Athenaeum awards. SCDA and its projects have been published in international journals and periodicals, and were presented at the Venice Biennale.

Soo Chan obtained his Master of Architecture degree at Yale. In addition to his design practice, he is a Professor of Architecture at the National University of Singapore and has taught and lectured at several international architecture schools. 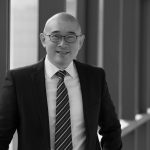 Yee Ean, a Singaporean, is the Director General, Investment Operations, of Asian Infrastructure Investment Bank (AIIB). He has responsibilities to strategically identify and execute infrastructure investments in the region for AIIB. He leads a team that has invested and manages an active portfolio of more than 20 investments. He started the Private Sector Financing Operations of the Bank, and is currently focusing on Energy and Urban infrastructure, investing in both Sovereign and Private Sectors.

Yee Ean was formerly the CEO of Surbana Consultants (Surbana) and Group Chief Operating Officer of Surbana Jurong Private Limited (Surbana Jurong). During his tenure in Surbana, he led a transformation growth of annual order book by more than 50%, and revenue by more than 20%. Before joining Surbana, he was Senior Vice President in charge of Real Estates Funds where he co-led the team in the SGX listing of a S$700 million market value Ascendas Hospitality Trust. Prior to that, Yee Ean was the Assistant Chief Executive Officer of Ascendas Services Pte Ltd. He also spent 6 years stationed in India with Ascendas, including being Head of Ascendas North India and Head of Hyderabad, setting up offices in various locations and investing in industrial parks.

Yee Ean graduated with Bachelor Degree in Electrical Engineering and Masters in Business Administration from National University of Singapore. He started his exciting career as an electrical project engineer. Yee Ean is a devoted Buddhist and enjoys simple family life with spouse and 2 children. He has strong interests for urban planning, engineering, basketball, Chinese calligraphy and community work. 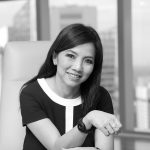 Su Shan has been responsible for leading DBS’ regional wealth management and consumer banking business for close to a decade. She has since been appointed as the bank’s Group Head of Institutional Banking with effect from 1 February 2019.

Prior to joining DBS, Su Shan was Morgan Stanley’s Head of Private Wealth Management for Southeast Asia. She has also worked at Citibank and prior to that in ING Barings in London, Tokyo and Hong Kong.

In October 2014, Su Shan became the first Singaporean to be recognised as the world’s “Best Leader in Private Banking” by PWM and The Banker, leading wealth publications by the Financial Times Group. She has also served as a Nominated Member of Parliament in Singapore. In 2018, she was nominated by Forbes Magazine as a top 25 emergent Asian Woman Business leader.
Mr Cheng Hsing Yao, GuocoLand 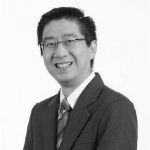 Mr Heah Soon Poh is the Assistant Chief Executive Officer (Engineering & Operations) at JTC, Singapore’s lead government agency responsible for the planning and development of industrial infrastructure to support and catalyse the growth of new industries and transform existing enterprises. Overseeing the Engineering and Operations Group, Mr Heah is responsible for JTC’s engineering design, project management, facility and estate management, as well as security and workplace safety for all JTC’s estates and developments.

Mr Heah began his career in JTC as a Mechanical Engineer and has taken on roles in policy development and industry cluster development. Prior to his current appointment, he was Assistant Chief Executive Officer (Cluster Group), overseeing the strategic development of JTC’s industrial developments in the Aerospace, Biomedical, Chemicals, Clean Technology, Electronics, Energy, Infocomm, Media and Marine & Offshore industry clusters. He played a key role in furthering the development and transformation of these industry clusters through specialised projects like one-north, Seletar Aerospace Park, Jurong Island and the Wafer Fab Parks. 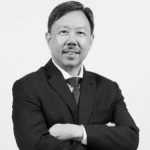 Hugh graduated from the University of Liverpool in 1987 with a Bachelor of Engineering (First Class) degree on a Singapore Armed Forces (Overseas) Scholarship. He holds a Master of Science (Management of Technology) from the Massachusetts Institute of Technology, United States of America, 1998.

Hugh joined the Singapore Armed Forces in 1984, and attained the rank of Brigadier-General on 1 Jul 2005. He has served in a variety of command and staff positions, including Chief Engineer Officer, Commander 6 Division, Commander Training and Doctrine Command (TRADOC) and Chief of Staff, General Staff.

He is married with three children, and has a keen interest in technology, sports and photography. 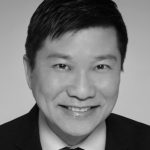 His previous appointment in CapitaLand as Senior Vice President for Strategic Research covers Asia and Asia-Pacific region’s economic and real estate market research in China, Singapore, Malaysia, Vietnam, Thailand, Indonesia, Japan, India, UAE, Kazakhstan, Russia and London. His research covered the residential, office, retail, serviced apartment markets, integrated resorts, industrial and logistics space, and real estate financial products like REITs and Property Funds. He was also responsible for enhancing CapitaLand’s real estate and technical capabilities through the design and delivery of executive programmes under CLIMB (CapitaLand Institute of Management and Business) as well as external programmes and other platforms for real estate development & learning. He delivered a holistic and integrated approach which includes forging strategic partnerships with educational institutions, and bringing attention to the latest real estate innovations and thinking to CapitaLand through news, case studies, speaker seminars, and other collaborations.

He holds a PhD from Cambridge University (UK). Prior to joining CapitaLand in 2001, he was an Assistant Professor in the Department of Real Estate (NUS). He has also spent some time in the Ministry of National Development in charge of Public Housing. He has been invited to teach and deliver papers in many institutions. Amongst them were the World Bank, International Monetary Fund and Bank for International Settlement.